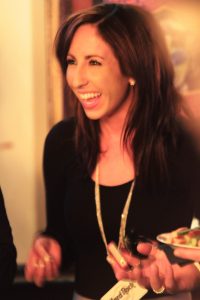 Dayna Brunelli passed away unexpectedly on February 7, 2016 at the age of 28, she had one of the greatest personalities and her smile was so contagious she would light up any room she entered. Dayna attended Hofstra University for performing arts as her passion was in music and theater as well as UMass Boston for business. She started her professional career at the Hard Rock Café in Boston as the sales and marketing manager and later took on a similar role at Dave & Buster’s in Braintree. Dayna was also very active in local organizations and was an ambassador for the Ernie Boch’s Music Drives Us Foundation as well as Meeting Professionals International (MPI).

This Foundation through various events is to honor Dayna’s life and to generate income for multiple scholarships in her name.  We have set up scholarships with the Palace Theatre in Manchester, NH, Auburn Dollar’s for Scholars and the Ernie Boch’s Music Drives Us Foundation. The Palace Theater was Dayna’s favorite place to be growing up and in high school and she performed in many theatre productions which highlighted her love of music and the theatre. The scholarships will be given out specifically to high school students seeking higher education in a field of study related to performing arts and music.